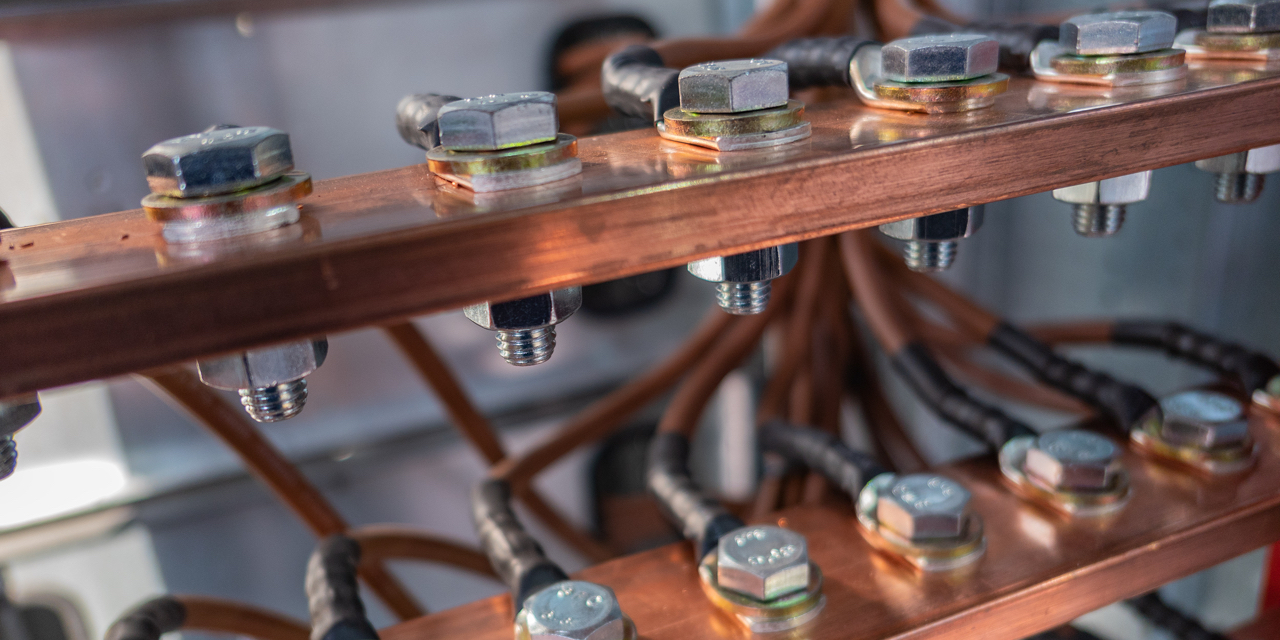 Demand is revving up for electric vehicles of all kinds, from cars to trucks to public transport. According to Bloomberg NEF market forecasts, electric cars are expected to grow from 2.7% of all global passenger vehicle sales in 2020 to 10% by 2025, rising to 28% in 2030 and 58% in 2040. Currently, municipal buses and two wheelers represent the largest percentage of electric vehicles. In addition to full-electric vehicles, future demand appears great for hybrids and autonomous vehicles, which use some of the same applications, incorporating sophisticated networks of electrical current. In all these types of vehicles, metal stamped busbars serve to transmit power throughout the vehicle to applications large and small.

According to Electronics Design, “Busbars are metal bars used to carry large amounts of current. Often made of copper or aluminum, every home electrical panel has busbars to distribute ac power to the rows of circuit breakers.” For the automotive and transportation markets, custom metal stamped busbars are increasingly required to transmit current from high-powered battery packs to a variety of electrical applications, including the engine itself and such electric-powered features as sunroofs, sensors, communications, windows, remote control, and anti-lock braking systems. Busbars are used in both plug-in hybrid and all-electric vehicles.

For all these vehicles, busbars must be both strong and lightweight, which allows vehicles to extend their range before recharging. The most commonly used materials for automotive busbars are conductive alloys such as copper, bronze and aluminum. Busbars for these applications range in size, with longer busbars requiring additional higher-tonnage stamping presses.

Metal stamped busbars are also found in a wide variety of other electrical applications, including:

Metal stamping firms also provide a variety of assembly and finishing services for busbars, whether handled in-house or coordinated with their approved suppliers. Some assembly may be done in-die, such as hardware installation, depending on the design.

After stamping, busbars may require a number of finishing steps in order to deliver a fully assembled part:

Due to the complexity of busbar assemblies for electric vehicles, many automotive OEMs and Tier 1 and 2 suppliers choose to start with a prototype busbar. Although many of these applications may be brand new, precision metal stampers have been producing electrical components from conductive metals for decades and can offer design and engineering advice to take the busbar from concept to completion as quickly and cost effectively as possible to meet the explosive growth in global demand.