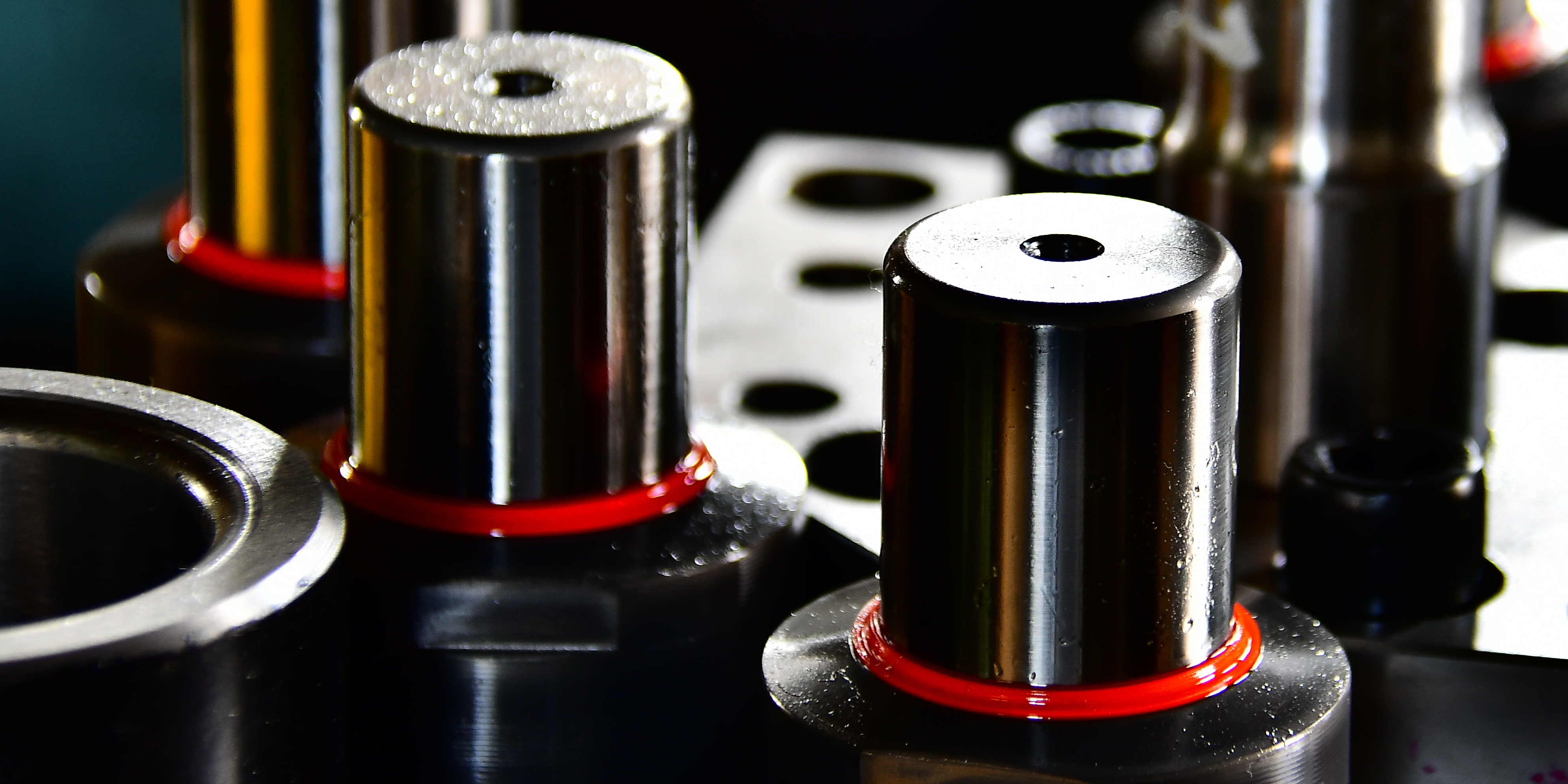 Progressive die stamping is a high-volume, high-performance metal stamping process that uses progressive dies, which perform multiple operations in one die, often in one pass of the press, which can eliminate the need for separate secondary operations while meeting critical dimensions.

The basic components of a die include: How a Progressive Die Works

Progressive dies automatically feed the metal on a strip through different stations of the press, cutting and forming the components in sections until the part is finished. A progressive die is complex to develop, involving high-tech sensors and piloting to ensure that the metal is fed precisely to each station. A progressive die must perform a number of complicated operations, such as:

Designing a Progressive Die as a Family or Multiple-Up Die

Progressive dies can be developed to produce multiples of the same part or multiples of different parts from the same die, as in a family die or multiple-up die. A family die produces different parts that will all fit together in the finished product. The advantage of a family die is the ability to produce high volumes of different parts at the same time while minimizing material waste and production time. The disadvantage is that it is difficult to meet critical dimensions on every part with a single die. If, for example, one component is damaged, the family die cannot produce that one piece, but must produce the entire family of parts.

Progressive stamping can produce up to 1,500 parts per minute, depending on the complexity of the part.

Performing multiple steps in one die and one pass of the press saves both time and money. The die is designed to minimize scrap and save on material costs. Set-up and labor times also are reduced.

When Progressive Stamping May Not Be The Right Choice

Some parts do not require a progressive die, due to low volume or the simplicity of the part’s design. In addition, special requirements for the part’s finishes may require secondary operations when using progressive stamping.

When considering the efficiency of progressive die stamping or a multiple-up die, metal stamping engineers will evaluate:

Employing computer-aided design, engineers will determine a preliminary design of the tool, as well as the metal strip layout, in order to estimate costs for a particular part or parts. Manufacturers may also want to evaluate the cost efficiency of progressive dies versus other production methods, such as fine blanking,